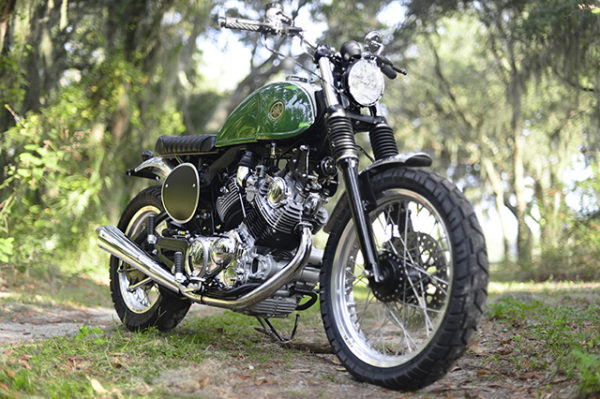 There’s only one thing to be said by the famed Motorcycle innovator, Greg Hageman. The man blows past just about any other name in the game with his bikes, and has design credits from Honda, Harley and more. So of course his newest model of two wheeler proves just that. Harking back to styles first conceived and built in the early 80’s, Greg has pulled out all the stops to design the newest animal to tackle the roadways. Introducing the ’82 Yamaha XV920. The sterling bike is produced by Yamaha, and boy does it have the ability to make your legs shake with anticipation.

In all these pictures, you see the gorgeous paint job, green helps the bike stand alone amongst the crowd, but of course this ’82 reboot comes in quick a few different styles! But aside from the paint job, the real beauty of this bike comes in its subtle design changes. Notice the shape of the gas tank right in front of that seat, How it sharply shoots forwards until it gets closer to the front, or the pair of racing fenders that have been added to it, or even the running gear style based on the 1998 XV1100. Regardless of what parts make you the most excited for this bike, it’s been made clear that it isn’t for the faint of heart.

This bike is mostly meant for the road, but has offroading capabilities. And on top of that isn’t built for those with price in mind, definitely a bike meant for those who take pride in their rides! 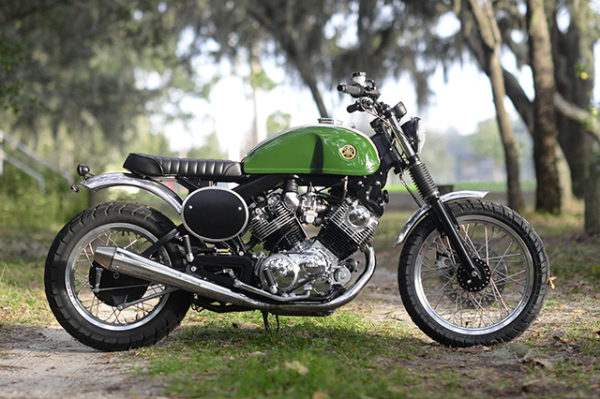