Volvo “Iron Knight” The Fastest Truck In The World

Most of the time, impressive drag times are usually discussed between supercars – the same goes for top speed records. However, this doesn’t mean trucks can’t go in overhaul mode and pump out some impressive scores, especially when tuned specifically for this. Volvo’s “Iron Knight” modified truck recently shattered two world records: over 500 meters and over 1000 meters.

The heavily modified Volvo is 1000 kg lighter than the previous build, developing 2367hp (wow!) and no less than 6000 Nm of torque. The power is sucked from a 13 liter diesel quad-turbo straight six engine. Volvo spokesman made it clear that the engine was not the main star of the show, but rather the transmission, which was carefully tuned to be able to cope with the vast amount of power in a different way than it usually does, sprinting instead of hauling.

In order to be eligible for the record, the Iron Knight had to travel a 1000m stretch two times, and beat the record both times. While still to be confirmed by FIA, it looks like the truck scored 13.27 seconds on the 500m stretch and 21.29 seconds on the full 1000 meter line, going through the finish line at 276 km/h (172 mph).

As you can see in the video below, the truck spins heavily at the starting line, managing to gain speed faster than an average passenger vehicle, giving the helicopter a hard time keeping up. Check it out: 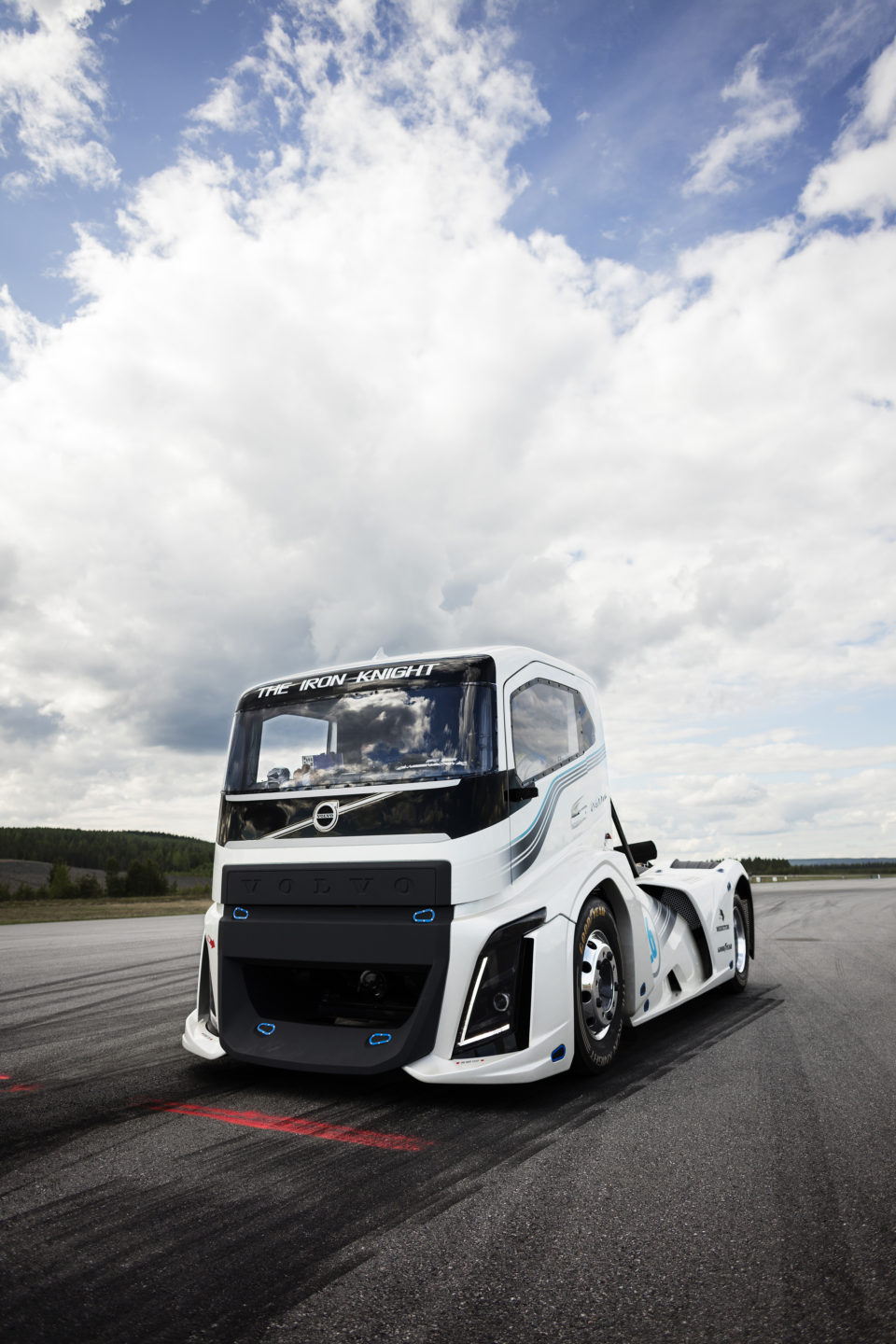 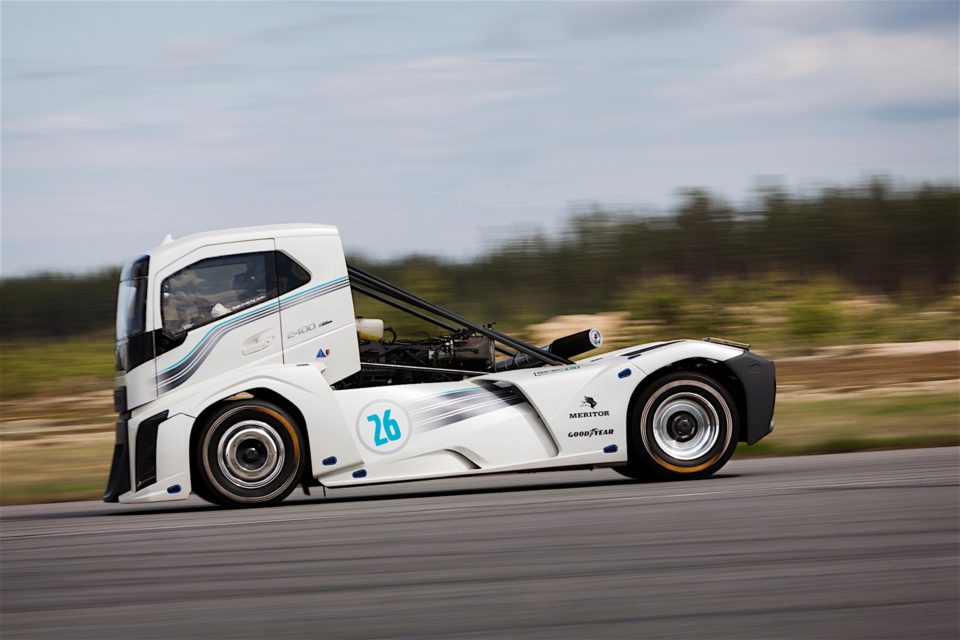 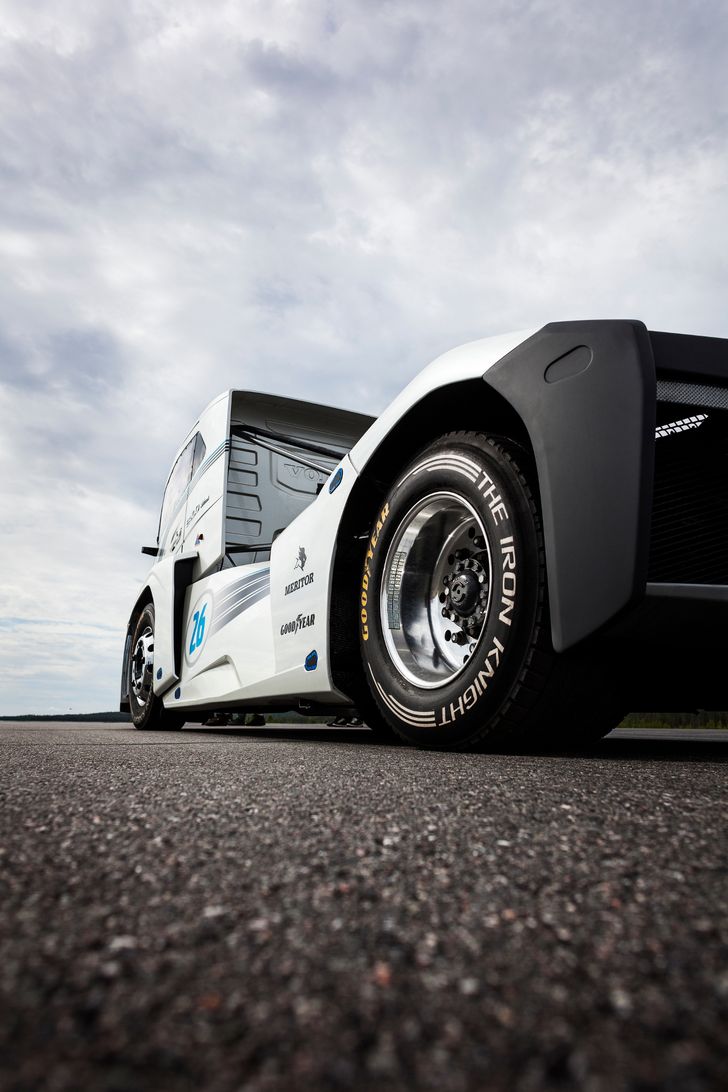