U.S. lifts Trump-era restrictions on flights to Cuba, making it easier for people to go there.

Americans can now fly to Cuba more easily. At Secretary of State Antony Blinken’s request, the U.S. Department of Transportation lifted restrictions on flights between the U.S. and Cuba that were put in place during the Trump administration. This happened on Wednesday. Because of these rules, U.S. commercial and chartered flights couldn’t go to any city in Cuba other than Havana.

In a letter to Transportation Secretary Pete Buttigieg, Blinken said that scheduled and charter flights between U.S. and Cuban airports could start right away.

In reality, though, it’s not clear how easy it will be to travel to Cuba for fun. In the past ten years, Americans have seen big changes in U.S. foreign policy that have changed the rules for traveling.

In 2011, President Obama started making it easier to travel to Cuba. By the middle of the 2010s, U.S. tourists could visit the island if their trip fit into certain categories, such as “people-to-people” trips with an organized cultural group. The Cuban government owns most of the hotels in the country, so it was hard to find a place to stay. 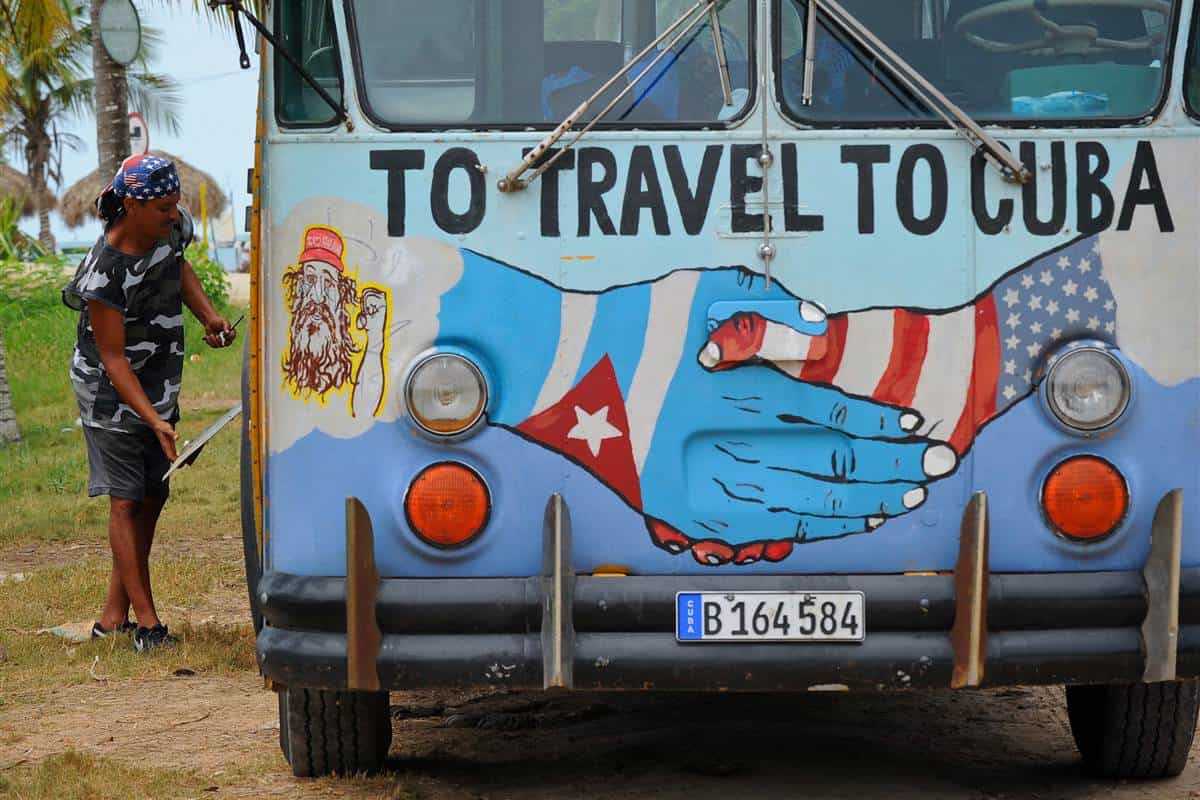 Taking a cruise was the easiest way out. Cuba became a popular place to stop on cruises that offered “people-to-people” tours on land quickly. While Carnival Cruise Line, Royal Caribbean International, Norwegian Cruise Line, and MSC Cruises all docked in Havana, a number of smaller, more upscale cruise lines created more Cuba-focused itineraries that stopped in smaller cities like Cienfuegos, a colonial hub on the southern coast, and Santiago de Cuba, the island’s second largest city. By 2018, more than a dozen cruise lines brought about 800,000 people to Cuba each year.

In 2019, the Trump administration made it much harder for Americans to go on vacation to Cuba by banning commercial and chartered flights from the U.S. to cities other than Havana. People-to-people travel was taken away, and U.S. cruise ships were not allowed to stop in Cuba.

Killing “people-to-people” trips meant that Americans could still legally fly to Havana, but they had to find another category, like family visits, professional trips, religious or humanitarian work, or “support for the Cuban people,” which became the most popular choice. For the latter, travelers must show that they plan to do things like meet with local business owners, visit museums or galleries, and eat at locally owned restaurants and markets. This isn’t always easy to do without a tour operator or guide, let alone the problem of finding a place to stay that isn’t on the list of places that aren’t allowed.

Now, the Biden administration is trying to get the pendulum to swing back the other way. Two weeks ago, officials announced the first steps that would be taken to let some tourists back into Cuba. A senior White House official said “We’ll certainly ensure travel is purposeful and in accordance with U.S. law”.

A year after protests against the government in Cuba, the Biden administration says that making it easier to travel is the key to building bridges between different cultures.

“We’ll note something that President Biden had said often, which is his belief that Americans are the best ambassadors for democratic values,” a White House official said.

“And facilitating group people-to-people travel will allow for greater engagement between the American people and the promotion of their democratic values.”

But in the future, travel companies that have been burned before will have to be more careful about what counts as real “people-to-people” travel and what is just plain tourism.

In March 2022, a federal judge ruled against Carnival, Royal Caribbean, Norwegian, and MSC, the four biggest cruise lines, when they said that their trips to Cuba were legal. In a 169-page ruling, U.S. District Judge Beth Bloom, an Obama appointee in Southern Florida, said that the cruise lines had offered excursions that were tourist activities and not proper people-to-people activities, paying millions of dollars to the Cuban government to do “illegal travel” while docked in Havana, according to Travel Weekly.

It remains to be seen how quickly and eagerly cruise lines and tour operators will bring back trips to Cuba this time, especially since they were thrown under the bus before and the 2024 U.S. presidential election is coming up.