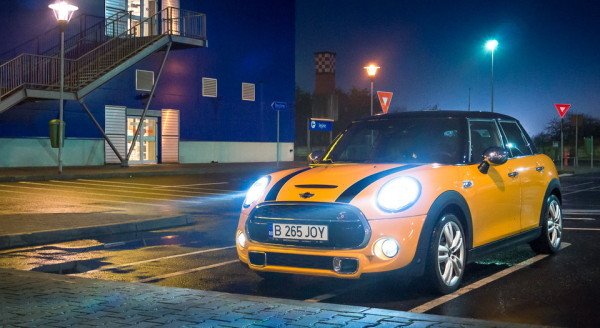 The name Mini usually points towards something small and classy, but the British automaker is diversifying its products by always testing the limits of the auto category. In this very same situation resides the new 5-door Mini for which the 4 meters in length do not account for a big car, but slightly bigger than a Mini should be.

In order to make everyone happy, we will say that size doesn’t matter, but after solving this dilemma, it is easy to notice that the two extra doors give an extra functionality to a car that didn’t have the term written on the pro’s list.

Small and classy, Mini is without a doubt the top representative of the premium segment on the small auto class. All these qualities are compressed in order to be offered inside a small city car. The recipe proved to be a success since the first launched generation, when BMW took over the brand and is still used for all body versions.

[adsense300gray]We understood the utility of a crossover, we understood the perfect and extravagant Paceman, which is maybe the best example of what Mini represents. Compared to these, a hatchback with five doors may seem as trivial as it gets, despite the efforts done to make it look otherwise. Don’t understand us wrong, the 5 door version is one class above many other models from the segment, but compared with the other Mini products, it is way more “discreet”.

Definitely, Mini thought this model only for clients that appreciate competitor models that also offer five door variants. Chances that these customers will be attracted by the British design are high, as Mini knows how to make its fans feel special. 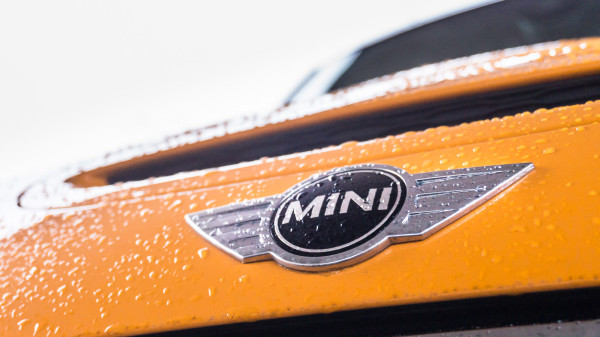 But what does two extra doors practically mean for a Mini? With a total length of 4005mm, the youngest member of the Mini family has a wheelbase of 2.567 mm, 20 mm longer than the Clubman and 72 mm longer than the 3 door version. Despite the extra length, front seat passengers are still better treated, as nothing changed from the space and comfort point of view, compared to the shorter version. The two passengers occupying the backseats have enough space both for head and legs, given they don’t have a higher than average height. The two back doors are quite short; given this, the access from and in the car is a bit difficult.

It would have been nice to see 4 doors without a frame, but Mini decided to give up this system on the 5 door version. Overall, the Mini charm is being kept alive, and the two doors will bring a smile on the face of those who posses a developed sense of practical use.

The engine is another definite chapter for the Mini, especially when we are talking about the Cooper S. From the 2.0 liter block, 192 BHP are being squeezed out and made available between 4.700 and 6.000 rpm. However, the car glides like a flake thanks to its 300 Nm torque which is released between 1.250 and 4.750 rpm. The automatic 6 gear box manages to offer a better start than the manual, the difference however is no larger than 0.1 seconds. It takes however the pleasure of feeling in control when sitting behind the wheel. It is already trivial to say that in the city, it offers an extra level of comfort which is more than welcome, combined with the start/stop system which manages to keep mileage in a decent area. 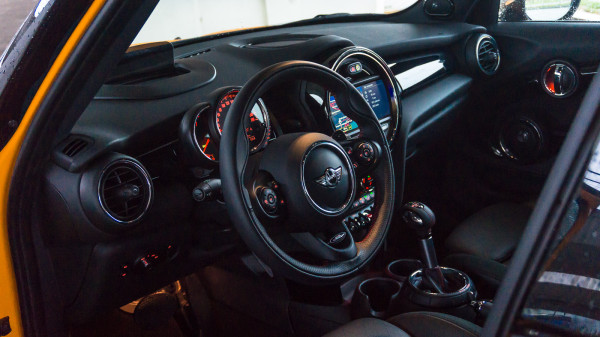 Mini managed to cleanse the dashboard and the enormous dial that handles most functions of the car no longer represents an enigma when it comes to necessary in-route information.

Event though the five doors might take your mind to a practical or recreation activity for the whole family, the warrior character of the car will heat up spirits every single time, especially if you’ll get a heads-up display that seems to constantly look out for targets.

On this section, it’s all about how you are willing to press the gas pedal. With 6.7 seconds until it reaches 100 km/h, Mini Cooper S is quick, but setting everything on Normal mode will lead to a comfortable and and quite ride. In order to feel like you are in a go-kart, set the sport mode on.

Suspension seems to be a bit harsher than it required, especially if the road is bumpy. However, a safe behavior is guaranteed even when the car is pushed to its limit.

The 5 door Mini Cooper S is a real deal hothatch, now with some extra functionality. If the two extra doors will prove to be useful, that is still to be seen, but the longer wheelbase improves car’s behavior at high speed rates.

The price is set according the the personality of this model and will overturn your plans if you are expecting just a functional car. Direct competitors are almost none, but in this price range, there are lots of temptations.

Is BMW Going To Charge You For Heated Seats?

According to a German traffic official, 59,000 Tesla vehicles have software issues

Experts Bring Attention To The Dangers Of Children In Hot Cars