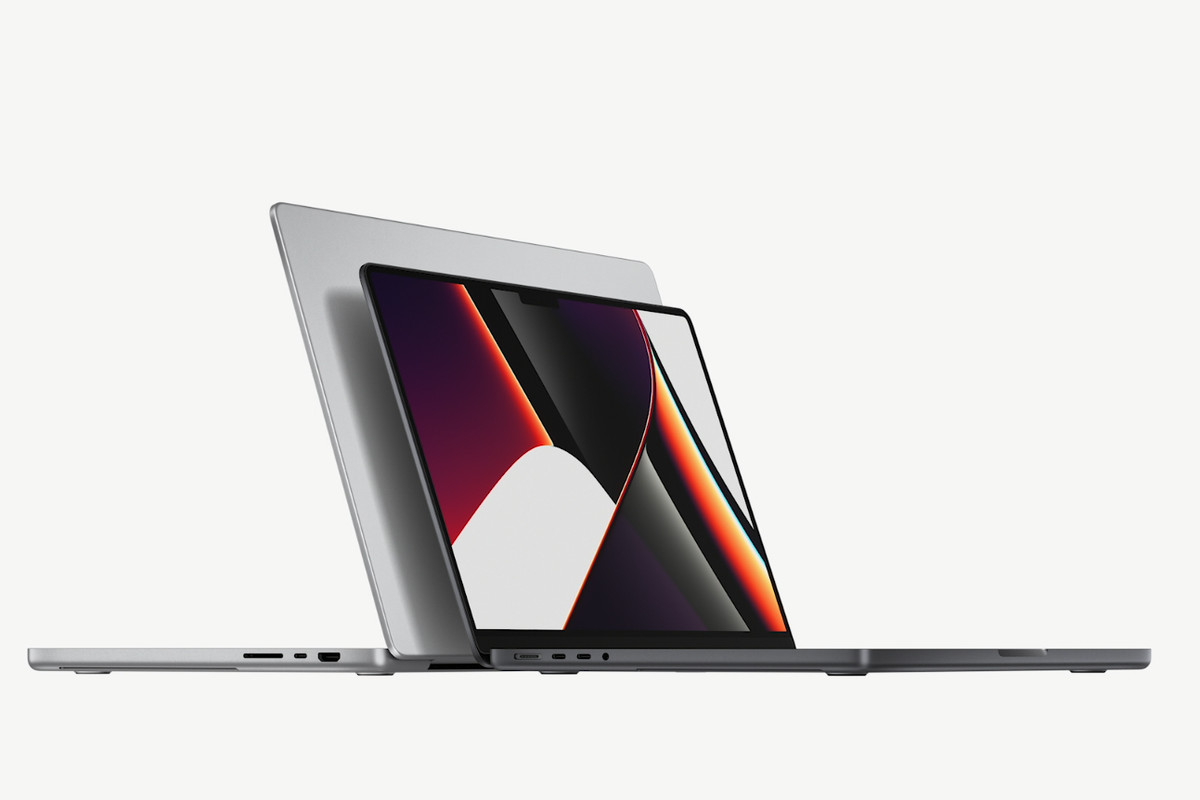 “We set out to create the world’s best pro notebook, and today we’re excited to introduce the all-new MacBook Pro with M1 Pro and M1 Max — a game-changing combination of phenomenal performance, unrivaled battery life, and groundbreaking features. The all-new MacBook Pro adds a breathtaking XDR display, more ports like MagSafe 3, an advanced 1080p camera, and a sensational six-speaker sound system, all in a stunning new design. The new MacBook Pro simply has no equal and is by far the best pro notebook we’ve ever built.” – Greg Joswiak, Apple’s senior vice president of Worldwide Marketing.

There’s so much exciting stuff to talk about – from power to looks – so let’s get into it.

The mighty M1 Pro and M1 Max chips mark a huge step forward in the transition to Apple silicone on Mac. Here’s what you’ll get for each model:

The new MacBook Pros feature a new, lightweight aluminum case design and much slimmer screen bezels that make the device appear smaller and more elegant than previous models. Here are the exact measurings:

Apple has made the FaceTime camera notch the same depth as the menu bar, so it won’t bother you while working. The laptops come in two Apple signature colors: Silver and Space Gray.

The MacBook Pro comes with three USB 4/Thunderbolt and an HDMI 2.0 ports, an SDXC card slot, and a headphone jack that supports high-impedance headphones.

Apple has finally switched from a 720p FaceTime camera to a 1080p FaceTime HD camera and promises better image quality. However, unlike the similar one found in the 24″ M1 iMac, this sensor is not ultra-wide and does not support Center Stage.

The tech giant steps it up with the audio playback and recording. Packed with a six-speaker system, with four tweeters and two woofers, this slim notebook delivers a crisp sound and 80% more bass than previous models.

With a high signal-to-noise ratio and directional beamforming, the built-in three-mic array allows you to obtain studio-quality recordings.

No Touch Bar to be seen

After coming to life in 2016 to replace the function keys, the Touch Bar has caused mixed reactions. Apple has finally given in to those who aren’t fans of the feature and removed it, bringing back the function keys. However, the Touch ID is still in its usual upper right spot on the keyboard.

The M1 Pro MacBook Pro is now available for ordering, with shipments starting next week.

These are the two standard configurations of the 14-inch model:

The 16-inch model comes in the following three standard configurations:

The new MacBook Pro is an elegant yet extremely powerful piece of tech. With its alluring design and finishes, beautiful display, and boosted performance,  there’s so much left to explore hands-on.