It was only going to be a matter of time. A man, obsessed with surfing but with no waves to ride, decides one day to build…an electric surfboard! The Lampuga Boards are the next level in surfboarding technology. Boards that propel you through the water like Poseidon in a chariot!

The Lampuga Boost, made by the German company Lampuga (Obviously), and it’s cousin, the Lampuga Air, are both built for different reasons. The Boost is geared more towards Speed, and is there a little longer, heavier, and has a slightly more powerful battery then its sibling. The Air, meant a little bit more for hobbyists, is designed a little different. The body is inflatable, and can therefore by transferred easier and used practically everywhere!

The neat thing about these boards, is the similarities between them. Both sport a battery charge time of about 120 minutes, with the battery lasting 40 minutes on the highest power. The board, alongside that, is built to keep you on it,you simple put your feet in the slots, and grab the cord (as seen in the pictures).

Lampuga has also built their boards with both safety in mind, as well as trying to maintain a green footprint. The safety cord is attached to the belt that helps control the board, if fall off, the board turns off. The green footprint is held up by the current motor, which is designed to be electric. So, The company decided to dismiss the use of any gas just to make sure that they aren’t hurting the ecosystem which their product relies on! 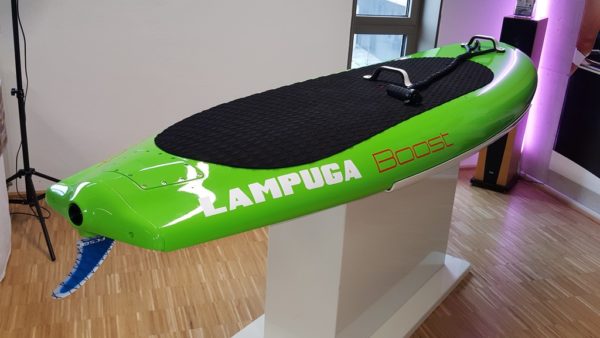 Men interested in the same sex are primarily affected by Monkeypox

According to studies US men are more prone to sickness

Studies say advantages of physical exercise may differ for men