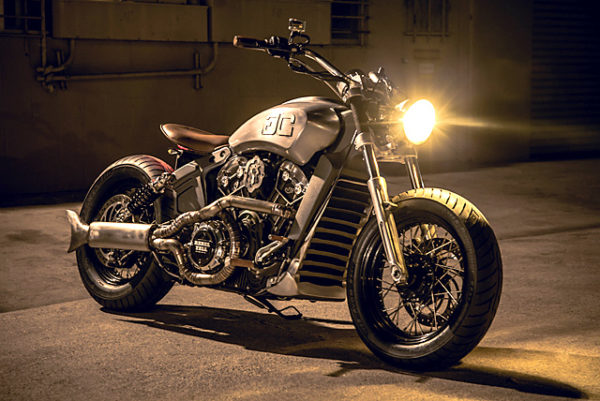 You stand on a road, looking up and down the cement path.  The reason you’re looking? You hear the mean roar of an engine, filling the air and drawing attention of anyone within earshot. Suddenly you see it, this motorcycle, in the distance flying towards you like a loud metal chariot.

As it flies past you, you catch a glimpse of it, the metal shining with a silver glow as the sun bounces of it. It leaves you almost stumbling over yourself as you try and rationalize the bike you’ve seen. An Indian? Those motorcycles haven’t been seen in years!

What you just witnessed, was “The Outlaw” Indian Scout by Gasser Customs. Back in 2011, when Polaris acquired the defunct Indian line, Advocates everywhere sighed in relief. By 2015, they’d asked Gasser to tackle it’s custom model, who of course stepped up to the plate.

This unique bike lacks a color scheme, it rely’s on the raw metal sheen to make it’s mark, and calls back to the classic Indian aesthetic to stand out from the crowd. The design calls back to it’s 1937 ancestor, yet it incorporates the newer technology that the Indian line uses now. As for the front and back fenders, they decided the best thing to do would be to just rip them off, showing the mechanics within.

It’s engine is of course the V-twin 100hp donk. The raw and vicious looking engine is packed with new technological innovations that Polaris has become known for. The metal within the bike makes it look a little stripped down. But if you’re looking for a motorcycle to turn heads with, you’ve found your counterpart. 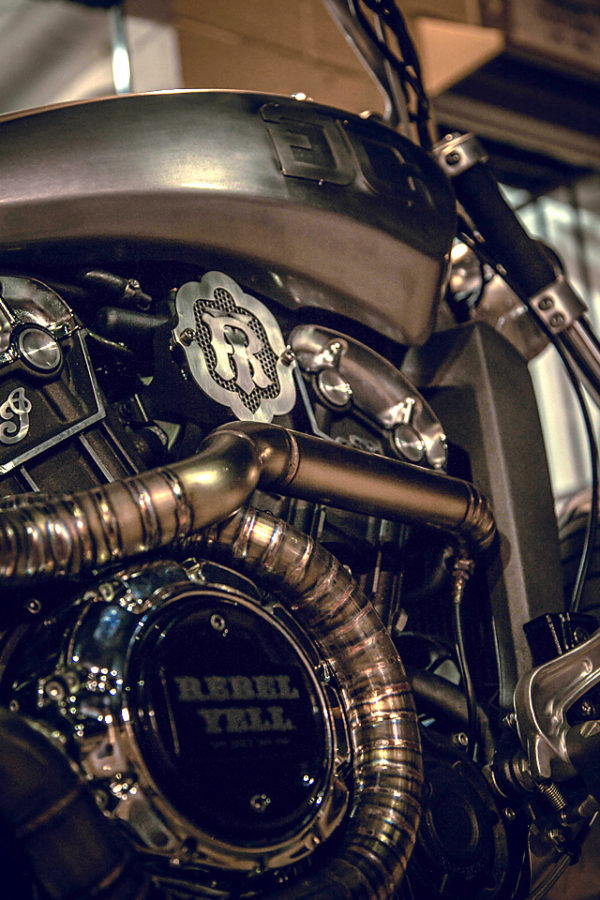 The truth behind the pineapple on the Wimbledon trophy

Shannon Sharpe is in shape for 54

Active lifestyle and sports: Why they cannot really exist without one another in 2022