Ducati Scrambler by Down and Out

When you think of a Ducati, the idea of a Scrambler bike generally doesn’t come to mind. Usually you think of a sleek road bike that tears down the roads with ease. However, the company Down and Out recently decided to handle that very challenge. They decided to see if they could build an awesome, functional Ducati Scrambler of their own.

They decided to go with a model of the 2015 Ducati model. Which helped as it already held the body of your typical scrambler. So with a solid base already set in place, calling in the rest of the pieces became easier. The Great Britain based company started with the tires, attaching some mean looking wheels with a custom spindle in the front. Finally, they called in a lot of Italian made pieces, fixating them around the bike with ease.

Add on a custom seat, front fender and headlight, and they’ve accomplished a vicious looking machine. The Italian style parts add an additional sense of refinement to the design. However, All these pieces have built this off-roading fast bike into a beast. The whole design is built for one reason, to make sure that anyone who needs a Scrambler has one to rely on.

On top of the added parts, they modified several pieces to be better equipped for off-roading. They’ve modified the air box, the shocks and much more. Down and Out has been well known for their modified bikes. So of course that brand has lived up to and surpassed its own standards. 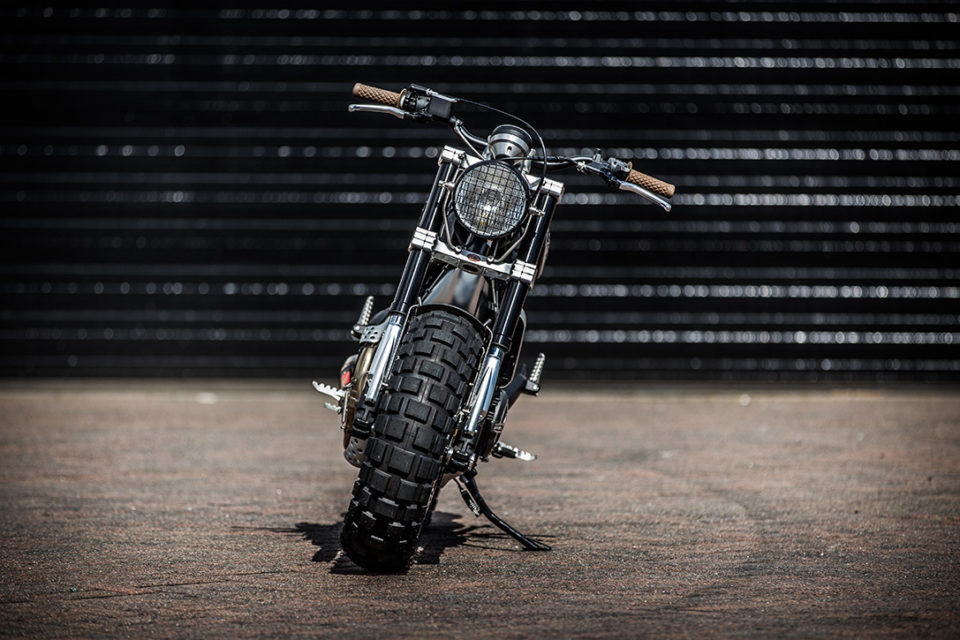 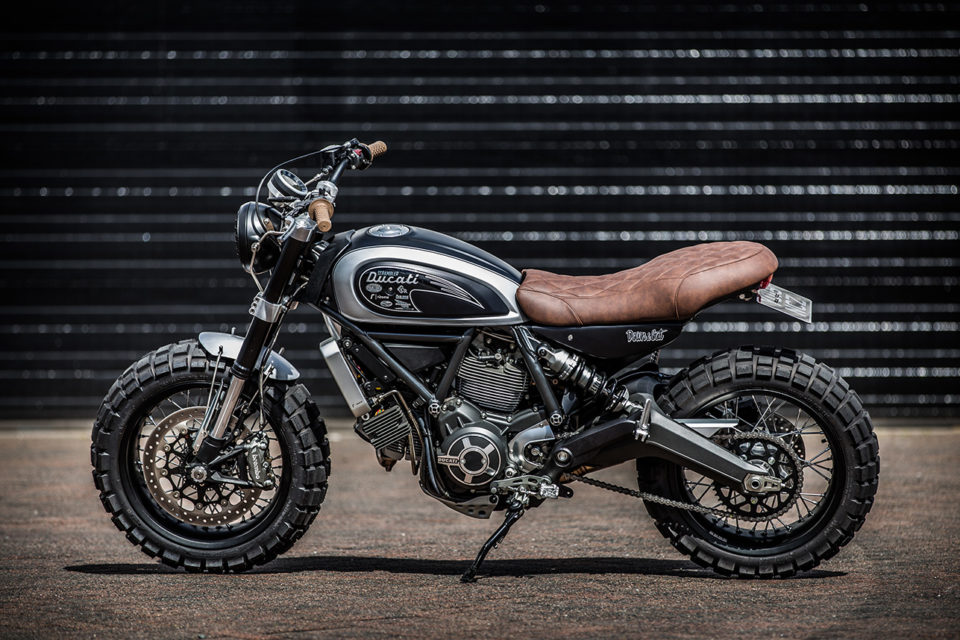 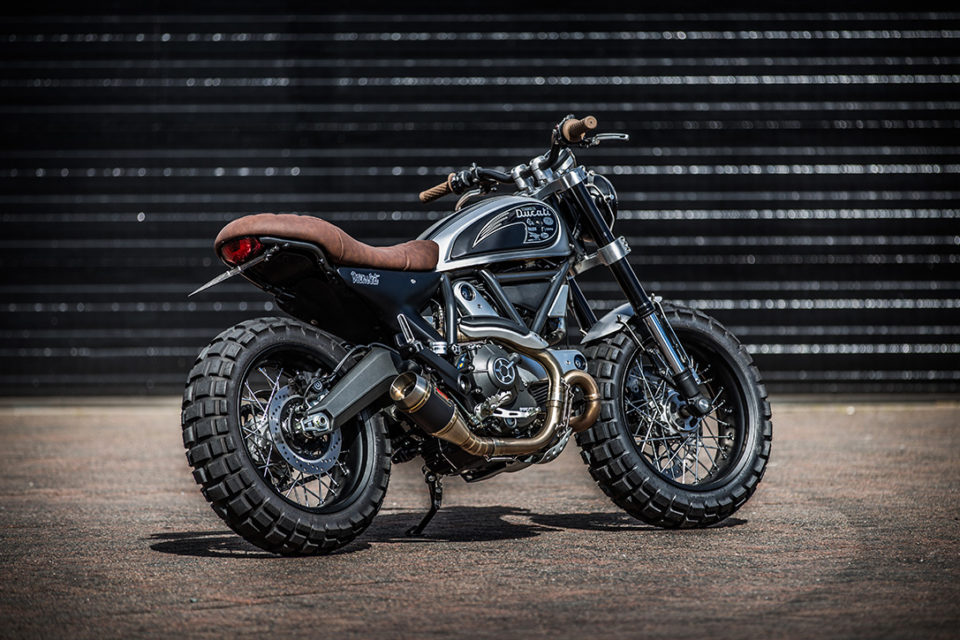