Some time ago, Casio was thriving as the king of digital timepieces. However, with the recent climb of smartwatches, tides are turning drastically. Hoping to rise again, Casio came out with their own take on the smart watch. Fortunately, the upcoming Pro Trek smartwatch will easily stand out in the crowd. Why? Because it catches your eye.

Most smartwatches look pale, single-toned. And while this gives them a distinctive air, it also makes them blend. Casio’s Pro Trek is burning orange and black. Metallic accents provide the necessary blip of shine on the case. It’s not just a shiny package, though. Casio’s smartwatch comes packed with lots of functions.

In terms of tech, Pro Tek’s most applauded feature is likely the incorporated low-power GPS. It lets you download maps for later offline use, without connectivity. A Bluetooth module gives Android and iOS synchronization. Furthermore, the watch is charging magnetically in just two hours. Gladly, that’s one cable you got rid of. And, given it only takes two hours to fully charge, it will not burn your butt if you forget to charge it overnight – unlike modern phones.

In GPS mode, Pro Tek lasts for about a day. However, switching to watch-only mode extends battery lifetime to a month! This outdoors smartwatch will be available starting April 21st. 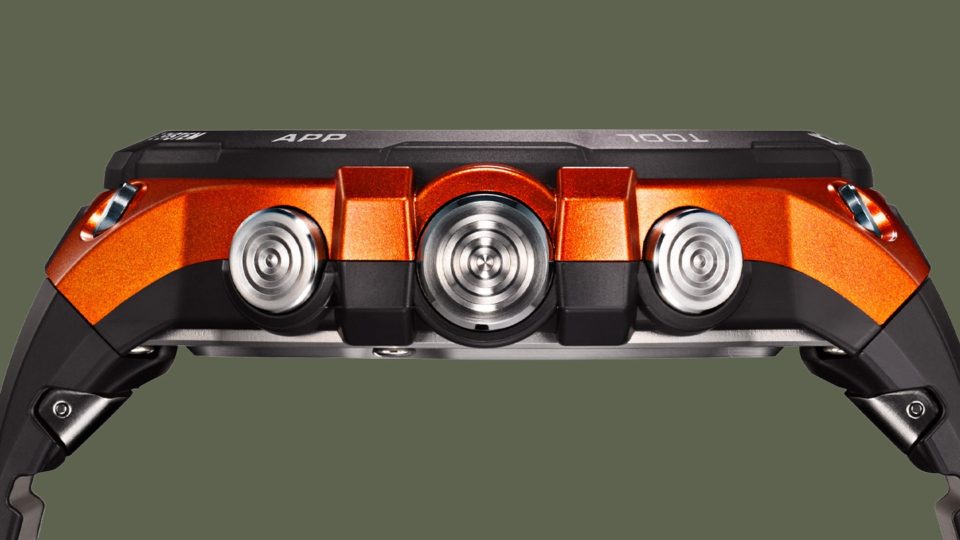 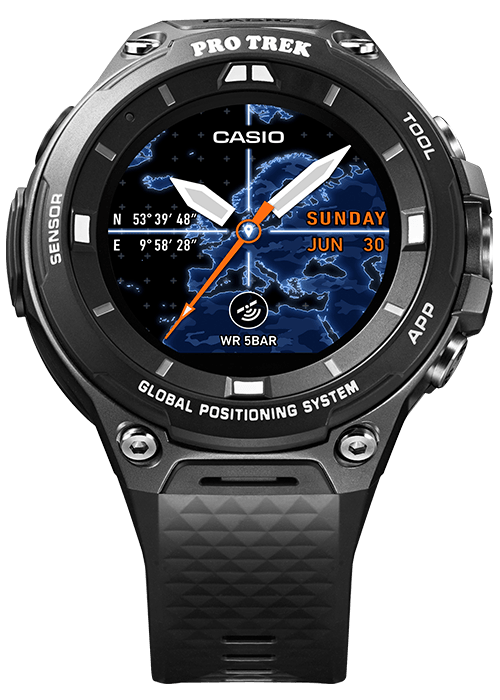 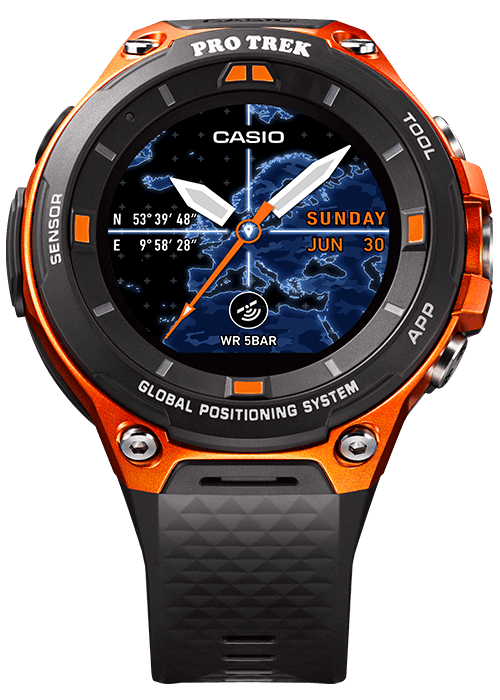 Apple has Revealed a New Apple Watch Design, with an Unsettling Camera Concept

Everything You Need To Know About Graham Watches

The Most Fashionable Raincoats for Men in 2022