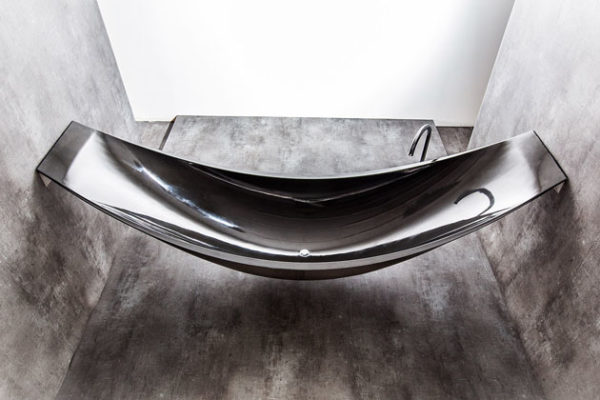 The Future of Bathing Oneself

The year of 2016 has shown society that it truly does live in the future. Many of the daily pieces of technology we use now were once seen in ridiculous science fiction movies. But what the company Splinter Works developed recently hasn’t been seen anywhere. Splinter Works recently developed a Hammock Bath!

That’s right, a Hammock. Bath. As in, you hop inside this bathtub and it forms and hold you perfectly as well as giving you a bunch of water to hangout in. Now being honest here, the concept isn’t new. After all, this idea was developed by Hydro Hammock a little while back. But Splinter Works took the concept another step forward, and designed one out of Carbon Fiber!

The really cool thing about the Hammock Tub is the fact that it’s adjustable to you home. Wherever you want to put this thing up at, all you require is two walls, and a drain. The flexibility of the hammock allows water to be kept in easily, and insulates said water so that it stays warmer, for longer.

One neat feature is the drain that sits at the bottom of your tub. Instead of having to un-hook the tub, and dump the water, just line your drain in the floor up with the drain of the tub. Simply unscrew the drain on the tub and it’ll take care of the rest. With this new design one things for sure.

Society is about to go crazy with bathing applications. 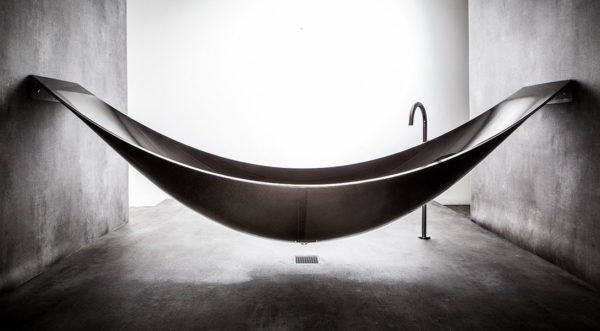