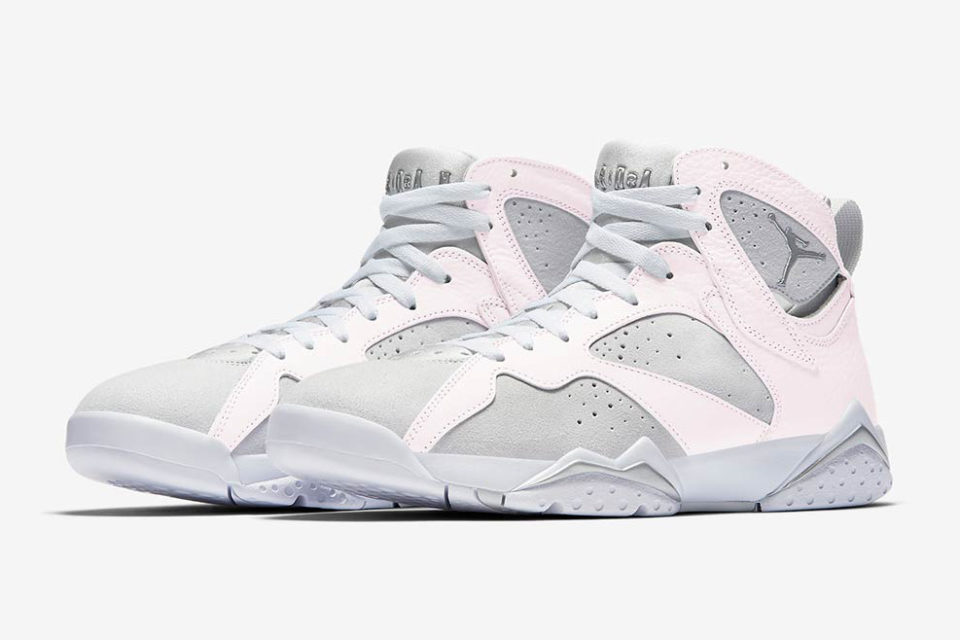 The “White Money” trend differentiates by all-white uppers. The same style isn’t living for the Air Jordan 7 silhouette. Instead of full white, the shoes come with a gray upper and light pink leather overlay. Discrete metallic hits are here and there on the sneakers. The Air Jordan 7 “Pure Money” will release this summer, on 3rd of June. 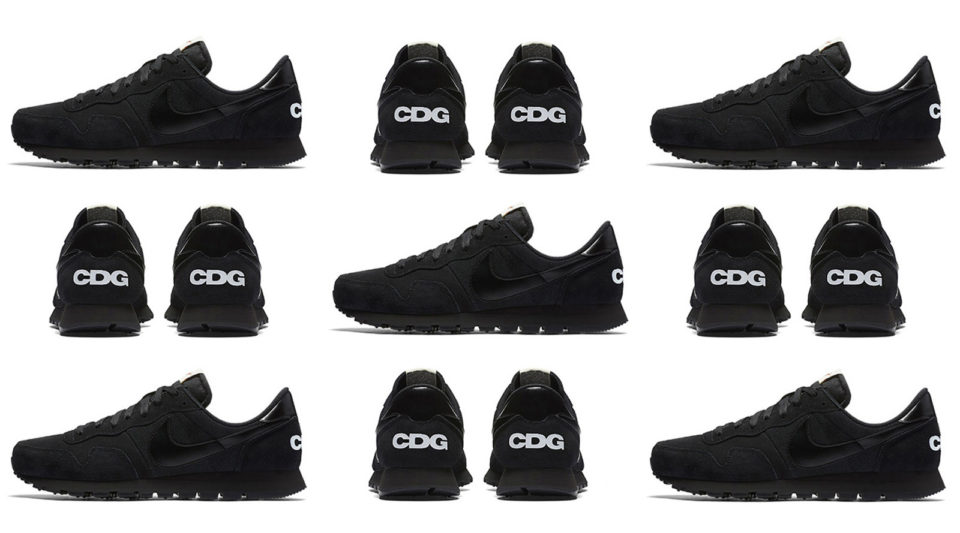 This is one for the history books. The work done on the Pegasus 83 silhouette is part of Comme des Garcons’ black range. The white CDG branding is contrasting with the tonal black painting of the sneaker. Get the reworked iconic Nike runner from Dover Street Market physical stores around the world. 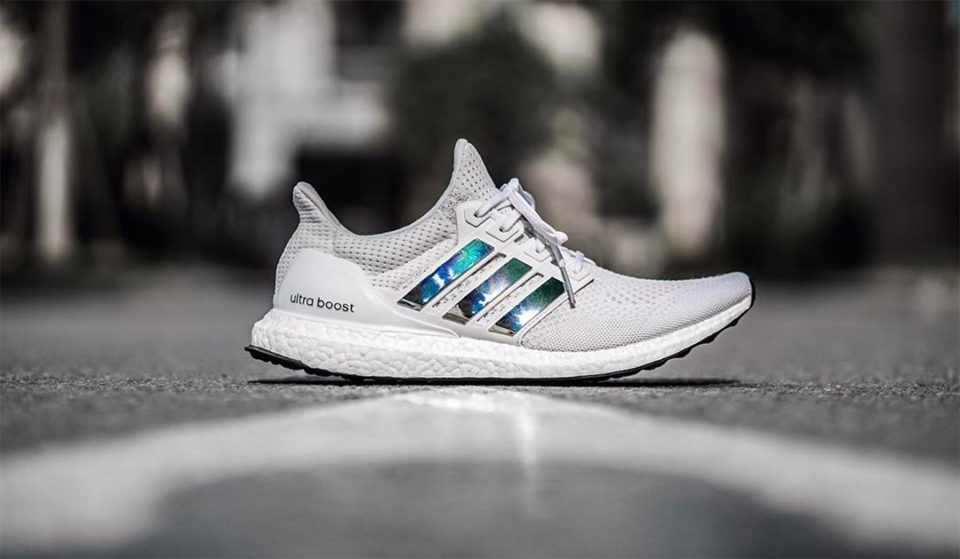 It’s obvious that adidas did a lot of juggling with their ultra boost silhouette. The three striped logo on the sides also met its fair share of design. This time, adidas goes for some flashy choice. While the upper is painted gray, the three stripes come in iridescent tones. No release date has yet been announced. 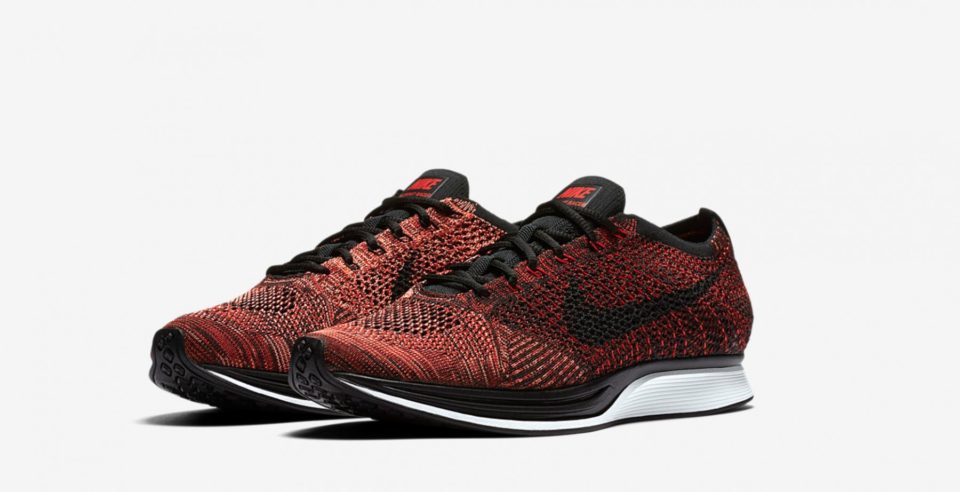 It’s Chinese New Year, and just like before, Nike isn’t going to let it slip by. To celebrate the event, the german sneaker brand released a limited “University Red” take on its Flyknit Racer. The lightweight knitted upper is dressed in a Rooster Red, appealing to the eye of the Asian market. The sneaker drops on January 27th. 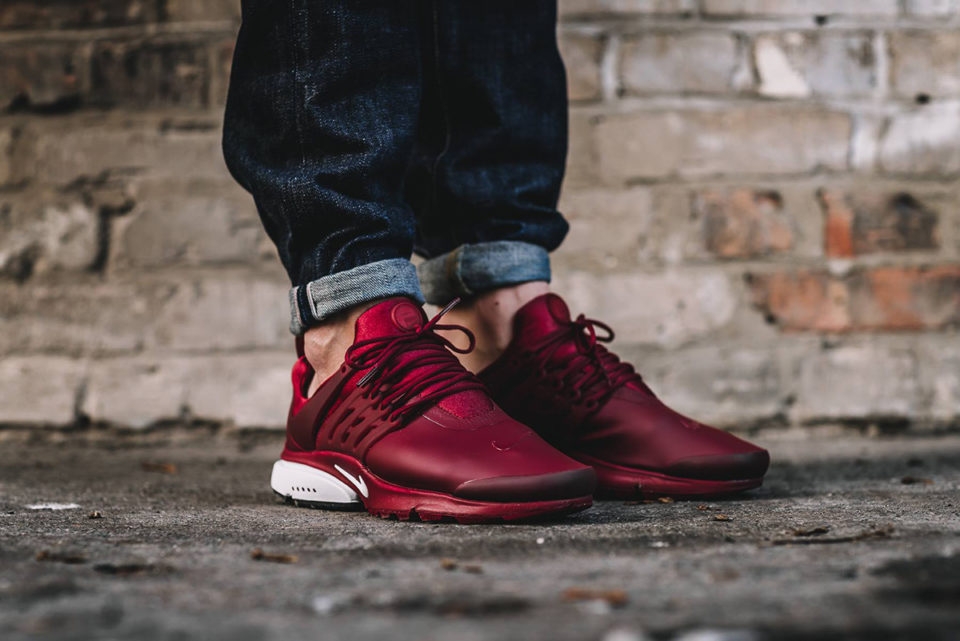 Keeping up the bloody red stream, Nike is also dropping a “Team Red” version of its Air Presto Utility. The sneaker is entirely waterproof, from bottom to the laces. The burgundy red midsole rests over a white Air unit for added comfort. Get it on overkill for $150.