A wise man once said: “we’re aiming for the stars not knowing even what our oceans bottom holds”. In other words, countless breathtaking nature jewels are waiting to be discovered. Some of them have already seen the print of man. These are 3 travel locations photos you’d swear have been photoshopped. However, there is nothing computer generated about them, just mother nature at work. Check them out below. 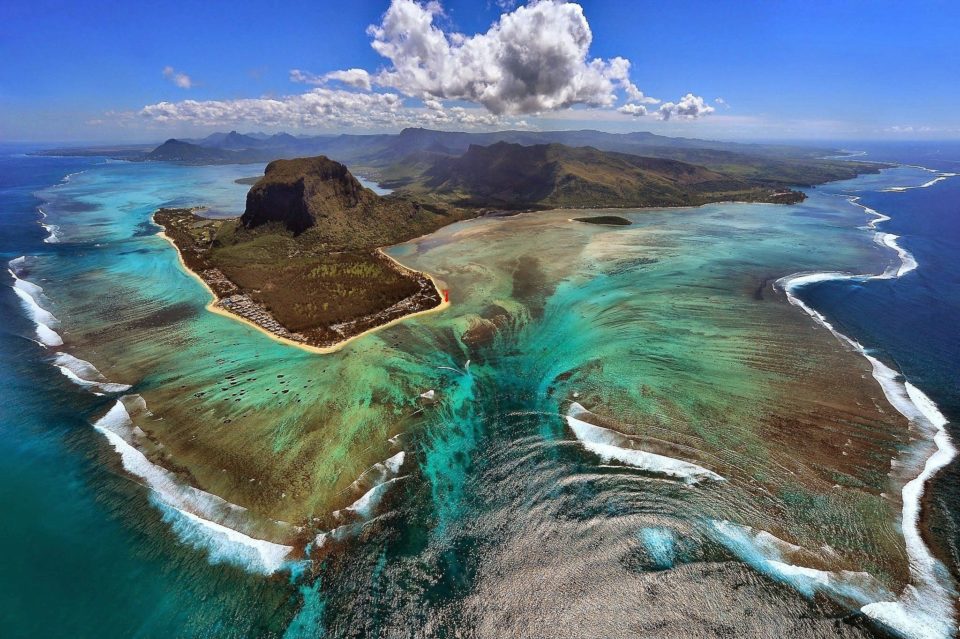 Can water actually fall within itself? Because this is exactly the thing seemingly happening in Mauritius, deep within the Indian Ocean. The young age of the island and intensive volcanic activity are the reasons why this physics-defying illusion happens. What you are actually seeing is not water falling through a 4000 meter plunge into the abyss. Instead, ocean currents are dragging beach sand towards the deep end, providing the “waterfall” view. A helicopter ride around the waterfall and other Mauritius islands starts at around $400. 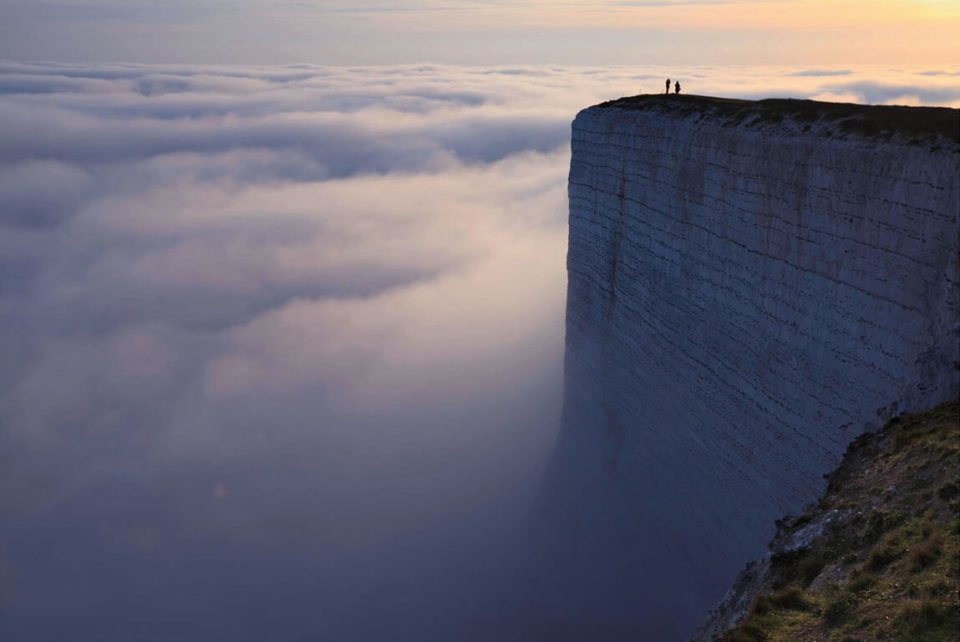 There is a place where earth simply stops. There is no way past that point. The sudden halt reveals a tall white wall descending beneath the clouds, meeting the cold waters of the North Sea. This chalk sea cliff is giving the view of a lifetime. You can enjoy a Leonardo DiCaprio moment, shouting “I’m the king of the world!” while hanging on the bow of Titanic. Unfortunately, there is a sad side to this iconic view. England’s Beachy Head is known for its high rate of jumping suicide attempts. 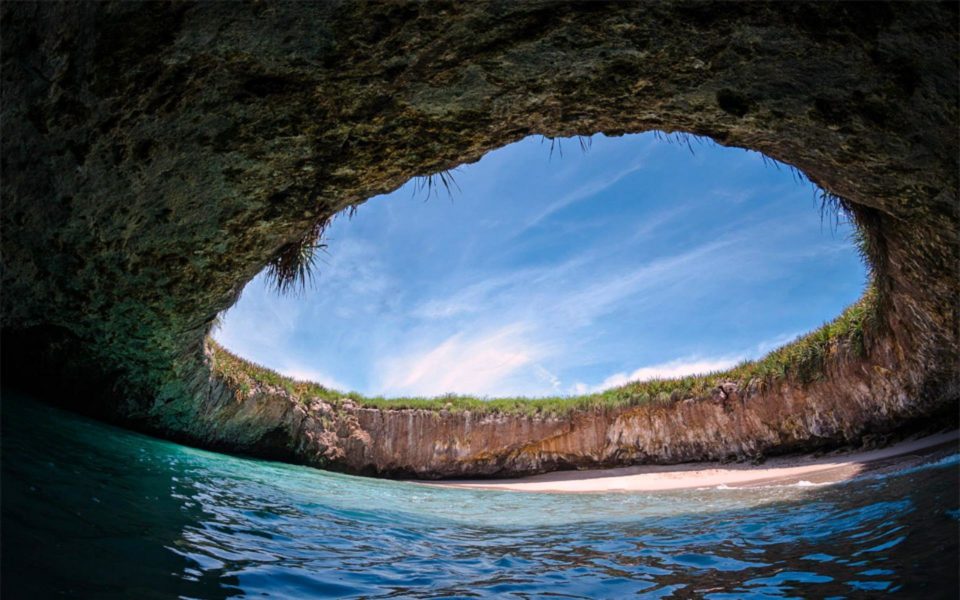 Better known as the Hidden Beach, Playa del Amor is located on the Marieta Islands complex in western Puerto Vallarta, Mexico. It is as secluded as it gets, offering even top coverage by natural means. From the air, Playa del Amor looks like a partially covered oasis in a desert full of water. The only way to access the site is by a lengthy water tunnel connecting the beach to the Pacific ocean. Amazingly, resorts within one kilometer from the beach charge as low as $100 / night.